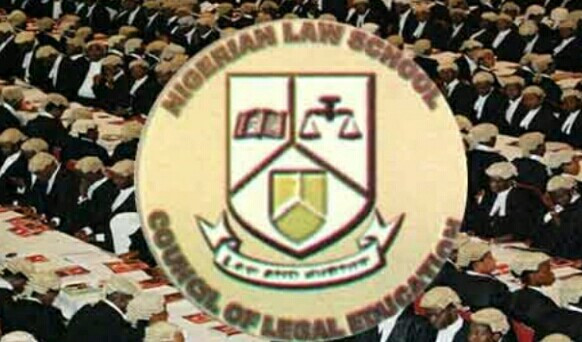 Some Twitter users have taken to the platform to accuse two Nigerian law school lecturers of telling lawyers not to report sexual assault because it takes two to tango.

Actress Lolia Etomi who first made the disclosure, alleged that one of the female lecturers went on to blame female students who she accused of “baring their arms and tempting men”.

So one day at the Nigerian Law School, Lagos, 2 senior lecturers- in a hall of over 1000+ students and other lecturers decided to give a speech to all law students- saying that they should not report incidents of rape/sexual assault, because “it takes two to tangle”.

The female lecturer supported the male lecturer, saying “we will not support you because I feel sorry for the men. Some of you ladies, your bare arms distract even me. You women are the ones tempting them. When you paint your nails, wear lipgloss etc., you are luring men.”

The highest institution of legal education in Nigeria, had lecturers telling future lawyers and victims of rape/assault, that it was their fault and not only would they not be supported, they would be punished for reporting their own rapes.

One of these lecturers was involved in a rape scandal last year. There were over 1000 + witnesses. On my, then private twitter account- I posted a simple transcript of what these lecturers told us publicly, verbatim. Nothing more or less.

Following the reactions her tweets got, Lolia also alleged that she was victimized by lecturers and fellow students after she spoke up against the lecturers’ comment.

This led to law school mentioning my tweets in an assembly, but as I had a different twitter pic/name, they didn’t know who was behind it. They gave a general warning about portraying NLS in a negative light in public. They did not address or denounce the problematic statements.

This man,@nwatonye- Nwachukwu Obi -took it upon himself to send voicenotes to all the law school student group chats, starting a witch-hunt to find & report me to admin, so they would expel me. He told them that if they didn’t scapegoat me, the school would fail everyone.

In the voice note (previous tweet is only one of man), he (@nwatonye) was: 1) a rape apologist 2) Slandered me to the press by reaching out to them to “denounce” verifiably true, witnessed statements due to his paranoia and cowardice. Despite knowing they would be lying.

3) Rallying a mob of students to harass me, both online and in person. 4) Even going as far as to instruct them to harass my friends. 5) Illegally circulating my information- including a picture from my, then-private Twitter account, in order to do so.

The student body president Graham Garrick Nosa John @thegarrick_who is currently studying at @durham_uni @DurhamLawSchool , and @nwatonye, then started harassing my friends, circulating pictures & false info about me. Threatening & blackmailing them to expose & denounce me.

@thegarrick_ and @nwatonye  confidently and publicly verbally abused and insulted me. Threatened & attempted to coerce multiple people. Until they found my student registration number and gave it to the law school administration, all to curry favour with them.

They did all this to support an institution that they believed was so corrupt, that it would MASS FAIL THOUSANDS of students all because of 1 tweet from one student, saying that they said, what they had actually said. Again no one addressed the problematic rape issue.

The law school issued me a query and barred me from writing my exams to become a lawyer until I wrote them an apology letter. I did not. I wrote a letter standing by my words & actions. Luckily, the law school was not competent enough to actually read my letter, so I got off.

Many students mentioned they were surprised to see me at our Call to Bar. Many assumed that I had been expelled. @thegarrick_& @nwatonye spearheaded all this and wanted that outcome. Because they were vindictive, cowardly and selfish sycophants.

I never once attacked them, disrespected them the way they disrespected me or used my wide-reaching family legals connections to hurt them, their education or careers when I could have. It has been 3 years. They never apologised. They thought they got away with it.@thegarrick_ @nwatonye , I hope you’ve enjoyed yourselves. I hope you are proud of yourselves. I hope you’ve been comfortable in your lives. Because I gave you the time & grace to do the right thing, but you were callous. So hi, this isn’t over.

@nwatonyedidn’t care or even give this a second thought for 3 years, after thinking he had successfully lied on me to the press & gotten me expelled. his measly apology from today after I tweeted at him. He claims he even agreed with me at the time. That makes it worse.

This is@nwatonye. What an ironic yearbook quote.

@thegarrick_you really integrated into the system well. People like you are the reason it is the way it is and you ought to be deeply ashamed of yourself.

One day, i’ll talk about pt 2 of how I was targeted and harassed by a law school lecturer, Mr. Uduemeze, after this incident. How he seized my phone and kept me on campus until midnight and tried to take a photo of my drivers license with personal info, address etc to circulate. 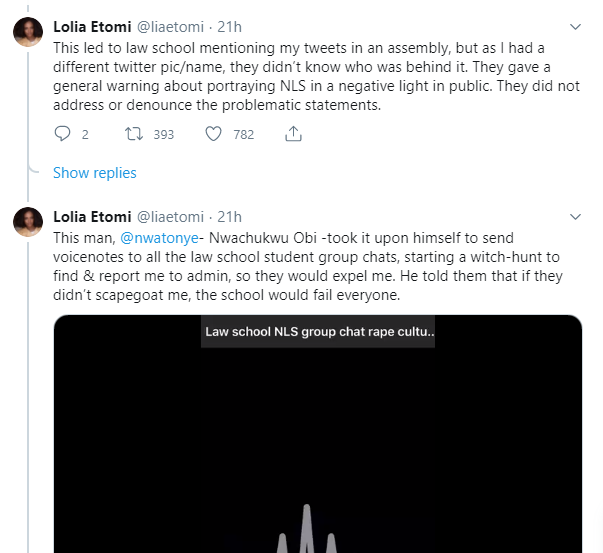 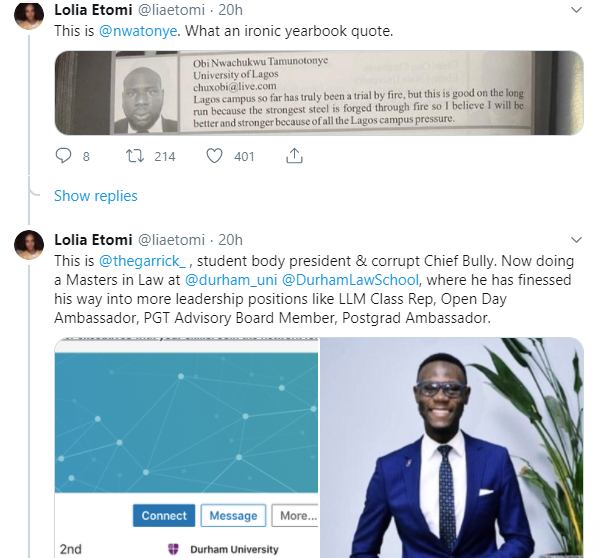