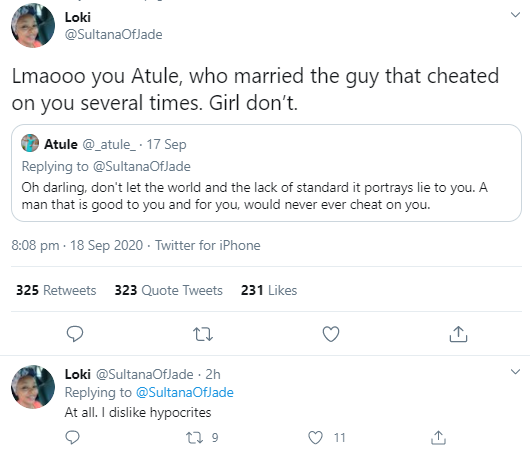 A woman tried to score cheap points on Twitter by telling another Twitter user that her husband is a serial cheat. The husband has now reacted.

Twitter user with the username Loki, revealed in a tweet that she can handle cheating in a relationship, as long as the man is good to her.

Another Twitter user named Atule reacted, telling her that she deserves a man who will respect her by not cheating on her. 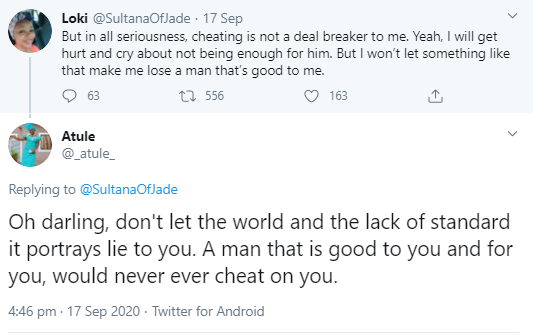 However, Loki did not appreciate the advice and she slammed Atule, claiming her husband is a serial cheat yet she stays with him.

Loki wrote: “Lmaooo you Atule, who married the guy that cheated on you several times. Girl don’t.

She added: “Not that Atule woman with a serial cheat of a husband telling me to love myself. Girl shut up.” 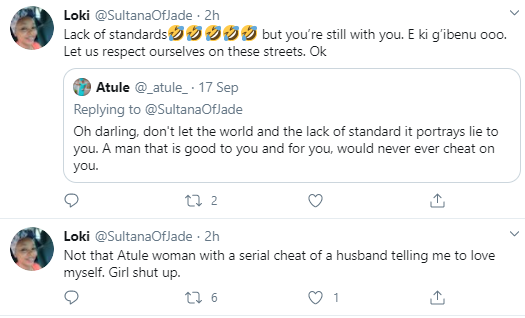 Atule’s husband has now reacted to the accusation, writing: “Hello, I’m her husband. My wife and I await the evidence of this your claim. It’s either you provide such evidence or you owe us an apology. Thanks and God bless.” 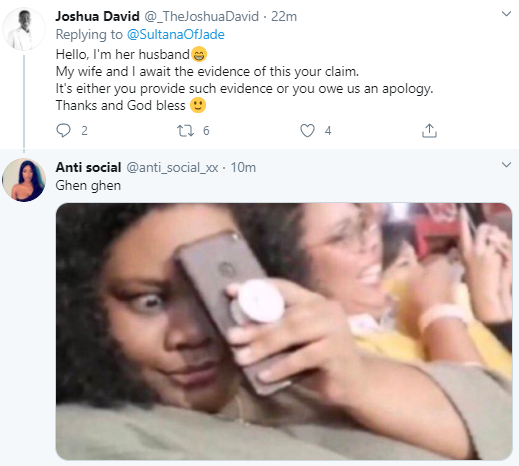 The accuser is yet to reply to the husband’s request for evidence.

MOVIE: Lara And The Beat (Nollywood)

Soldier shoots man for not wearing a face mask