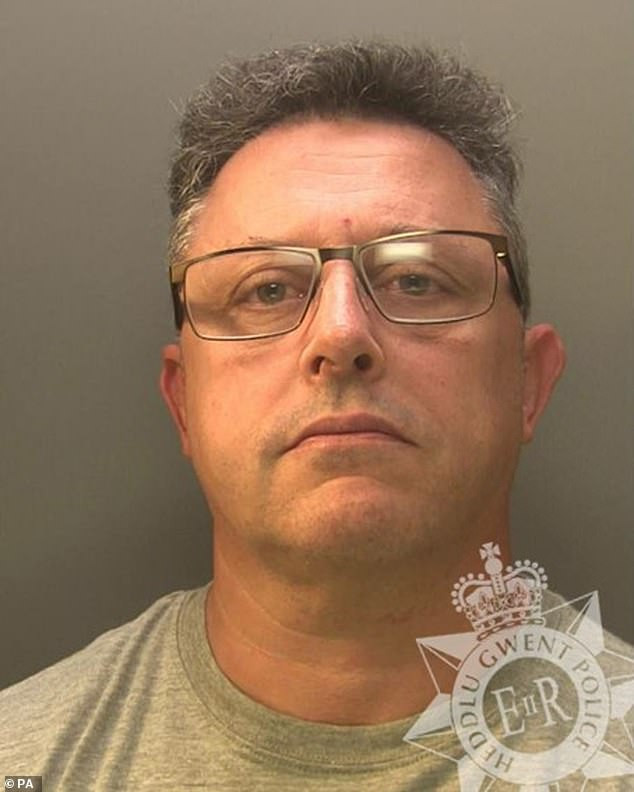 A man has been jailed for life for stabbing his father to death in an argument over their broadband speed connection.

Stephen Gallagher, 55, attacked 76-year-old Thomas multiple times with a knife, telling him to “die” as he pleaded for his life, Swansea Crown Court heard on Monday August 10.

The incident occurred on September 10, 2019, in their home in Cwmbran, South Wales.

Thomas Gallagher had walked away from his son during the wifi row which sparked the ‘intense attack’, according to Prosecutor Mark Wyeth QC.

Gallagher said: ‘He irritates me when he ignores me during an argument. He walked away and slammed the door so I rushed upstairs and grabbed the knife.

Stephen Gallagher grabbed the phone away from his father Thomas, smashed the phone on the floor, and stabbed him more than a dozen times.

‘I entered the room grabbed the phone off of him, smashed it on the floor and stabbed him.’

He stabbed his father in the chest, neck, back, and hands during the chilling attack.

Gallagher then called 999 and confessed what had taken place to the phone operator, and went into “some detail”, prosecutor Mark Wyeth told the court.

“He stated that his father was indeed dead in the lounge. He stated his father had asked him to leave and he hadn’t wanted to leave,” he said.

“There is collateral evidence that referred to Mr Gallagher’s difficulties with drinking in the past and there had been a history of hostility by him towards his father.” 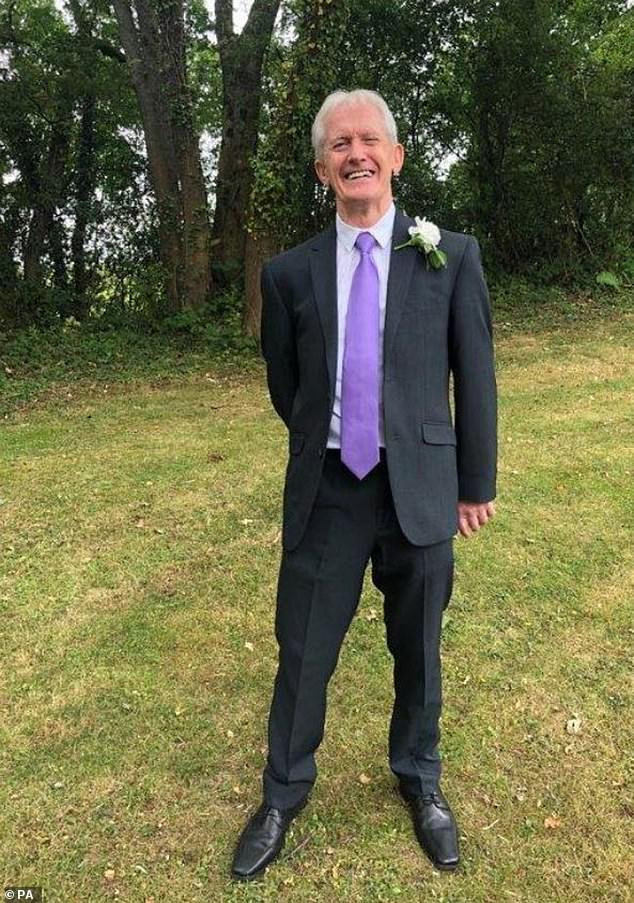 The 55-year-old also admitted that while he was stabbing his father he shouted ‘die’ at him.

He told police: ‘I could see he was in pain and he said ‘Steve’ – I wanted to finish him off stabbed him again and told him to die.’

Mr. Wyeth said: ‘Such was the intensity of this attack Mr Gallagher was not able to defend himself and there was no evidence of defensive injuries.’

The court heard moments after the attack a postwoman arrived at their home with a delivery.

Mr. Wyeth said: ‘A postal worker attended at the premises, her name was Michelle Slater. She noticed nothing out of the ordinary about the defendant’s demeanour. She described him as calm and said she could smell aftershave.

‘She did not know Mr Gallagher senior’s body was a short distance away from her at that point.

‘That was within half an hour of the killing.’

Paul Lewis QC, defending, said: ‘It is beyond comprehension that what started as an argument over such a trivial matter as the internet provider at their home could result in this tragic murder.

‘There was an argument between father and son. What began as a trivial argument led to the defendant go to his bedroom and retrieving the knife.’

Judge Paul Thomas QC said: ‘You killed him because he was asking you to leave his house following a row about broadband speed and connection.

‘Instead of walking away you went to your bedroom and took a lock knife. You brought that downstairs to where he was with one intention which you used to stab him to death.

‘You attacked him repeatedly with that knife and you did so with such savagery and without any semblance of mercy towards him.’

Sentencing him at Swansea Crown Court, the judge handed him a life sentence with a minimum of 13 years and four months and said he would not be eligible to be considered for release until 2033.

“As you know, you may, in fact, never be released,” he added.

I ask for more patience in tackling insecurity - Buhari