First-half goals by Mohamed Salah and Sadio Mane earned Liverpool a 2-1 comeback victory over AFC Bournemouth to secure a record 22nd consecutive home win.
AFC Bournemouth took the lead on nine minutes, Jefferson Lerma squaring for Callum Wilson to tap in.
Liverpool equalised 16 minutes later, Mane winning possession from substitute Jack Simpson to find Salah, who fired into the bottom corner.
Mane put Liverpool in front on 33 minutes, receiving Virgil van Dijk’s through-ball before slotting past Aaron Ramsdale.
[irp]
After the break, Ryan Fraser’s effort was brilliantly cleared off the line by James Milner before Mane curled against a post.
Liverpool are 25 points clear of Manchester City, while AFC Bournemouth remain in the bottom three on 27 points.
Salah achieved a Premier League record when he scored against AFC Bournemouth/
The Liverpool forward has scored in each of his six top-flight appearances against the Cherries, netting eigth times in total.

403 people are talking about this

70 – Mohamed Salah has scored 70 goals in his 100 Premier League appearances for Liverpool, seven more than any other player in their first 100 for the club (Fernando Torres, 63). King. #LIVBOU 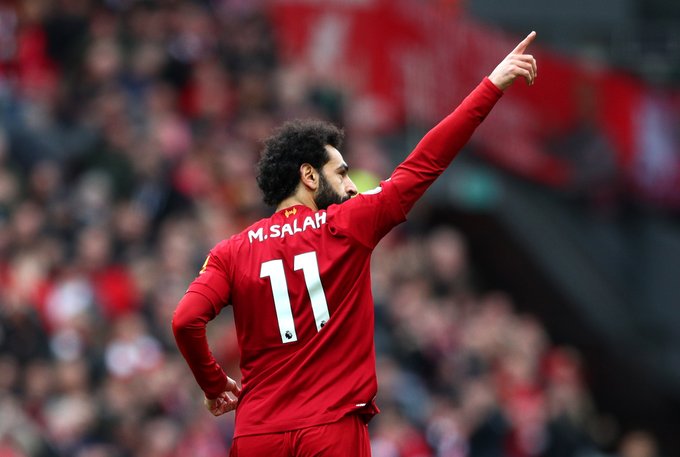 316 people are talking about this
[irp]

Lawan felicitates with Osinbajo at 63

Matthew Watkins passes away from cancer at 41

I am Number 1 – Burna Boy boasts after Grammys nomination