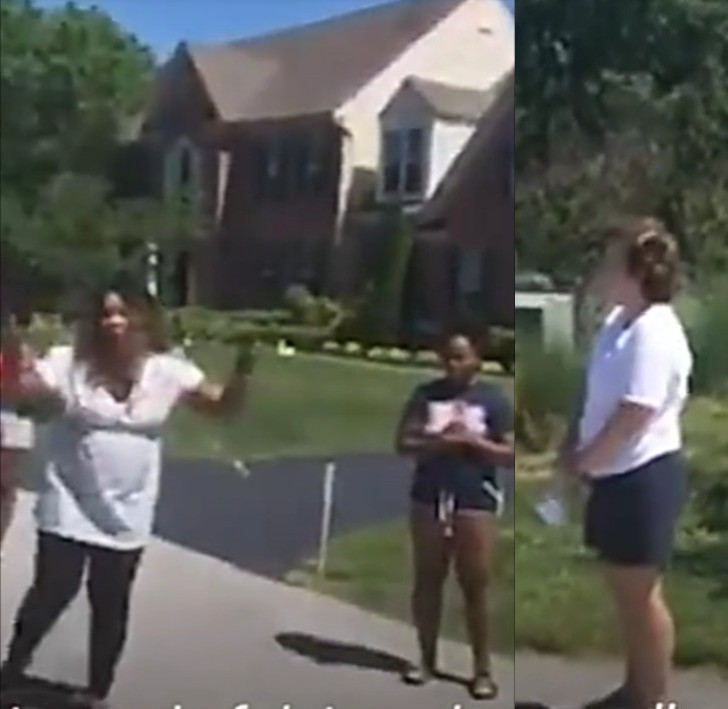 A White women was confronted by neighbours after she called the police on a Black boy and mentioned his race during the call.

She called the cops on the 8-year-old boy because he was riding his toy dirt bike in the neighbourhood.

It was reported that the woman told the cops during the call that a “Black person” was breaking the law.

Fortunately for the Black family, the father is a police so the matter didn’t escalate.

The mother and the sister of the 8-year-old boy are seen in a video confronting the White woman and asking why she never calls the cops on the White kids who ride their toy dirt bikes in the neighbourhood.

Other neighbours soon came out to confront the woman but she didn’t have a good explanation.

Watch the video below.