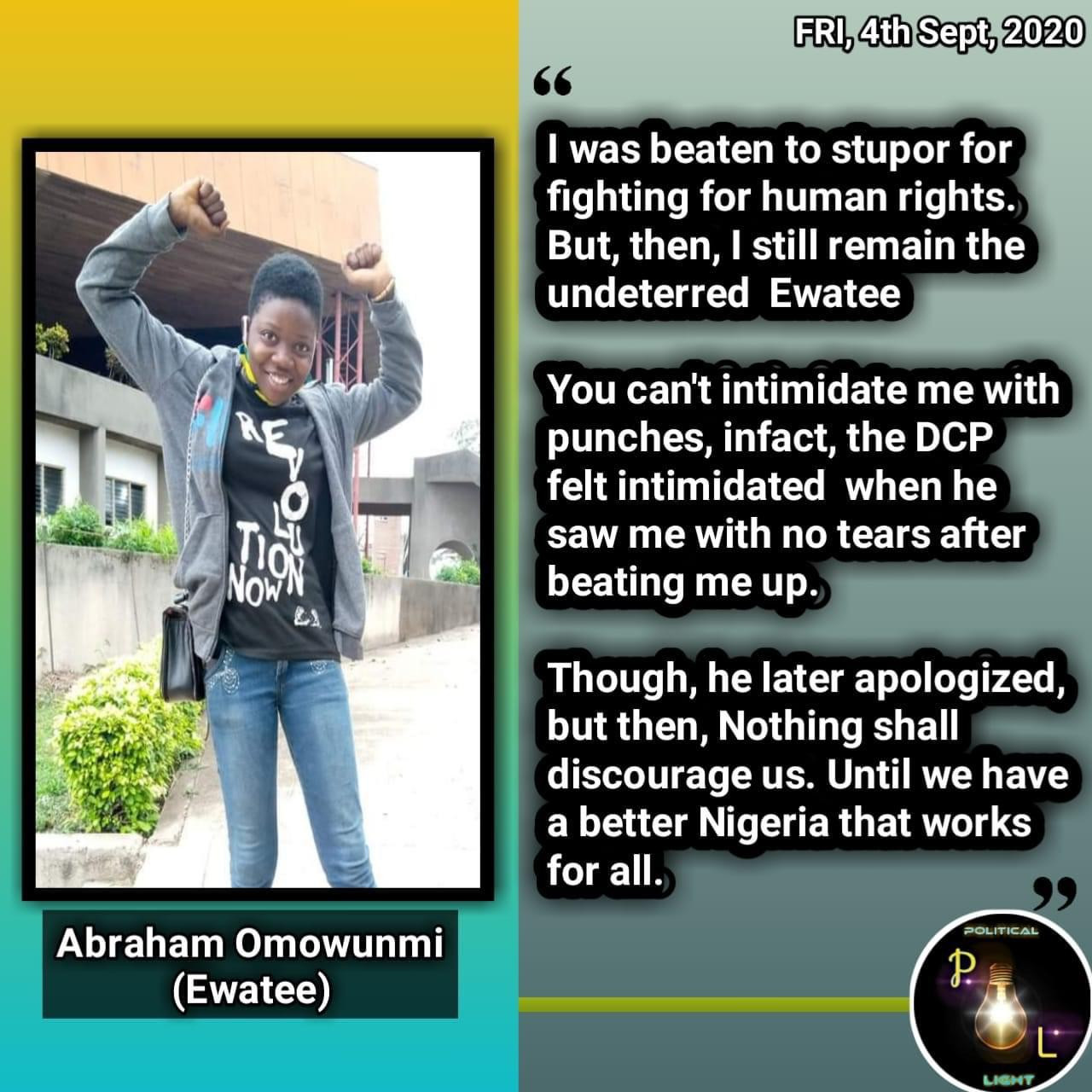 A wave of awareness is growing among Nigerian youths and they seem not to be ready to give up and stand up for their rights. This is evident by the massive number of youths joining and supporting the #RevolutionNow revolutionary platform.

An example is the story of Miss Abraham Mary Omowumi, a 20 year old and a 300 level Political Science Education Student of OAU, Ile-Ife, alongside 9 others, who despite being arrested, harassed and brutalized during a sensitization drive in Iree on Friday, by a Deputy Commissioner of @PoliceNG in Oshogbo, Osun state, remain courageous and brave in the face of such injustice and stands firmly with the revolutionary platform as she is back on the streets of Ede fueled with renewed energy to keep on fighting for her rights. 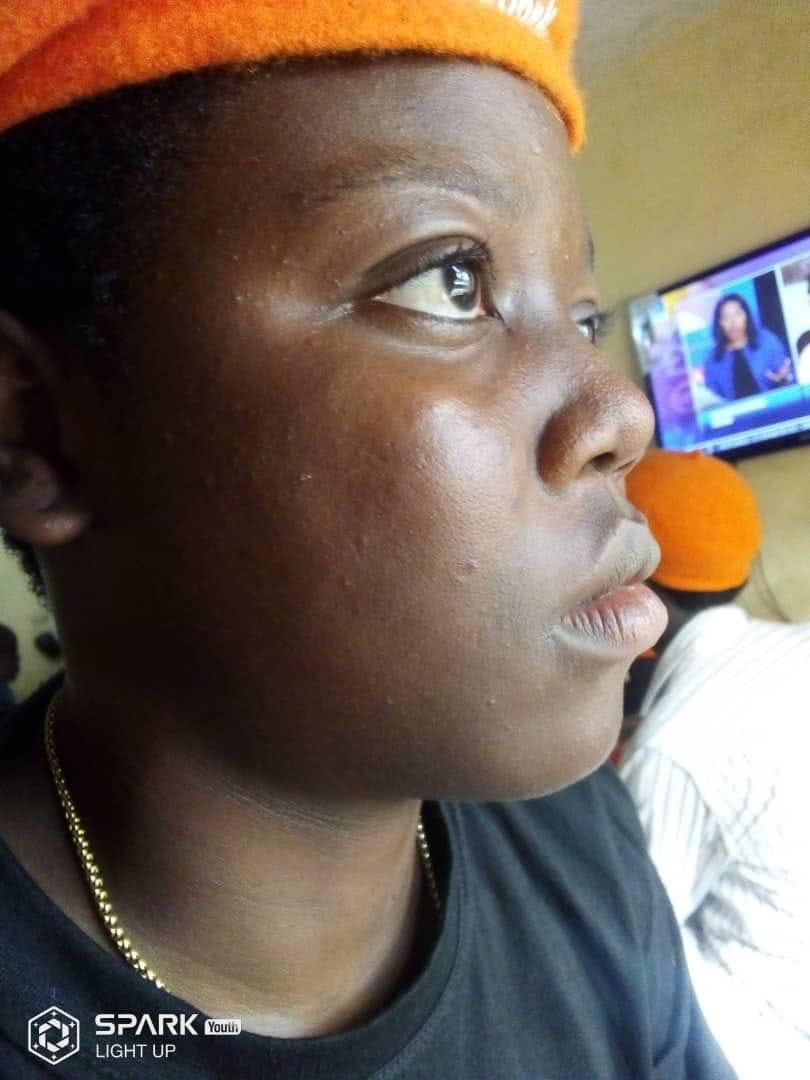 About a month ago, a young Female activist also defied her brutalization during #RevolutionNow protest in Abuja and made a defiant video vowing to continue with the protests.

Dangote owes me N20b, maybe if I shout it long enough it will become real - Jude Okoye mocks Cynthia Morgan in sarcastic tweet