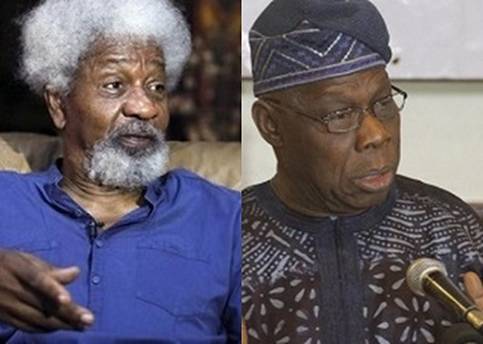 Nobel Laureate, Professor Wole Soyinka, has backed the position of former president Olusegun Obasanjo on the state of the nation, with the award-winning playwright emphasising that Nigeria is more divided under the current administration.

Soyinka made his position known in a statement he released from his residence in Abeokuta, Ogun state on Tuesday, September 15, titled, “Between ‘Dividers-in-chief’ and Dividers-in-law.”

The elder statesman stated that,”although he is no fan of Olusegun Obasanjo, he commended the courage of the former president for embracing the responsibility of calling attention to any accurate reading of this nation from whatever source.”

“In place of reasoned response and openness to some serious dialogue, what this nation has been obliged to endure has been insolent distractions from garrulous and coarsened functionaries, apologists and sectarian opportunists.”

According to him, Nigeria is divided as never before and this is happening under the administration of President Muhammadu Buhari.

“Does anyone deny that it was this president who went to sleep while communities were consistently ravaged by cattle marauders, were raped and displaced in their thousands and turned into beggars all over the landscape?” he queried.

Oduduwa Republic: Getting Our Priorities Right ! By Otunba Eric Ayoola

Ajimobi wife can't close her store for a day to honor her husband, but wants Makinde to cut his trip