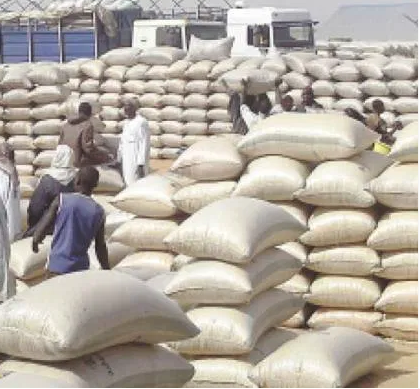 The Niger State government has issued an order for the arrest of one of the state councillors who absconded with 30 bags of grains supplied as COVID-19 palliative for distribution in his constituency.

Secretary to the State Government and Chairman of the state’s Task Force on COVID-19, Alhaji Ahmed Ibrahim Matane who confirmed this, said the Councillor was part of a committee set up for distribution of the grains to his community.
Matane who expressed disappointment with the act, also disclosed that security operatives have been deployed to arrest the Councillor.
[irp]
He told journalists;

“Committees have been set up in each of the 274 wards in the State, which comprise of a councillor, party chairman, ward head, and a religious leader to monitor the distribution of the grains”

The SSG further revealed that 10 bags of rice, maize, and millet each were allocated to the 274 wards across the 25 local government areas by the state government.
[irp]