Mr Eazi has found a spot in Nigerian Twitter trends as Nigerians are reacting to news of his girlfriend’s father, Femi Otedola buying Ferraris for all his daughters.

While some Twitter users shared funny tweets aimed at Mr Eazi after the billionaire’s car gifts to his daughters, others defended him and also pointed out that he has done well for himself.

Mr Eazi also joined tweeps in “hilarious reactions” to the new cars his girlfriend Temi and her sisters got from their father.

See some tweets below; 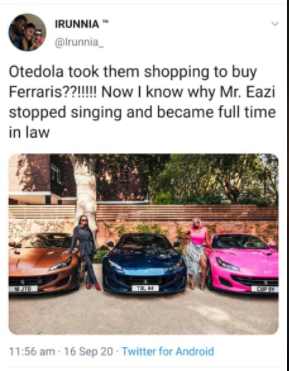 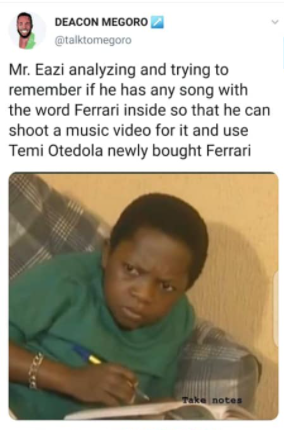 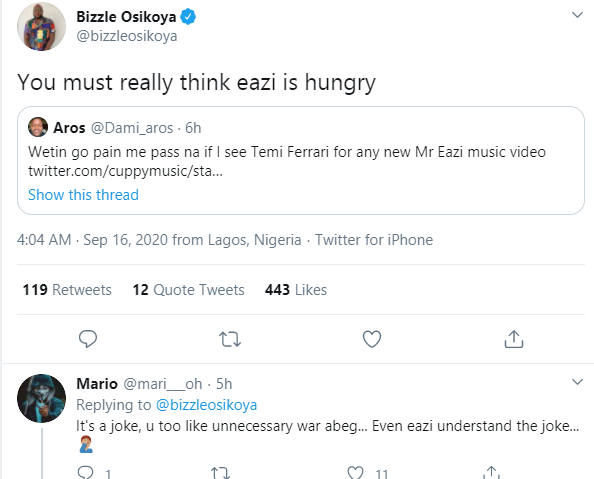 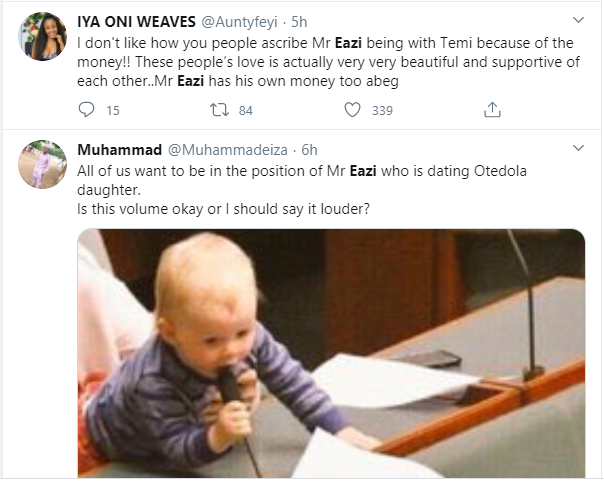 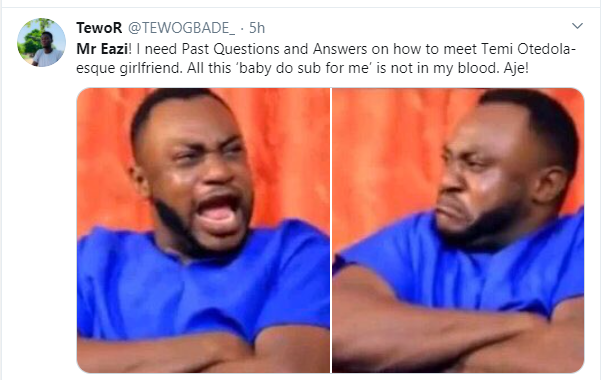