The artist’s family announced his passing on Rogers’ verified Twitter account, saying he died Friday night from natural causes under the care of hospice and surrounded by family. 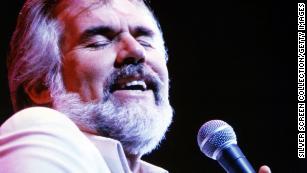 “Kenny Rogers left an indelible mark on the history of American music. His songs have endeared music lovers and touched the lives of millions around the world,” a statement posted by Hagan says.
Rogers was inducted to the Country Music Hall of Fame in 2013, for what organization officials called a “distinctive, husky voice.”
He had 24 No. 1 hits and through his career more than 50 million albums sold in the US alone.
He was a six-time Country Music Awards winner and three-time Grammy Award winner, Hagan said.

Chloroquine: Why it's dangerous to self-diagnose this drug for Covid-19 symptoms

Stop throwing your old shoes away, here are 20 ways to turn them into more fashionable shoes