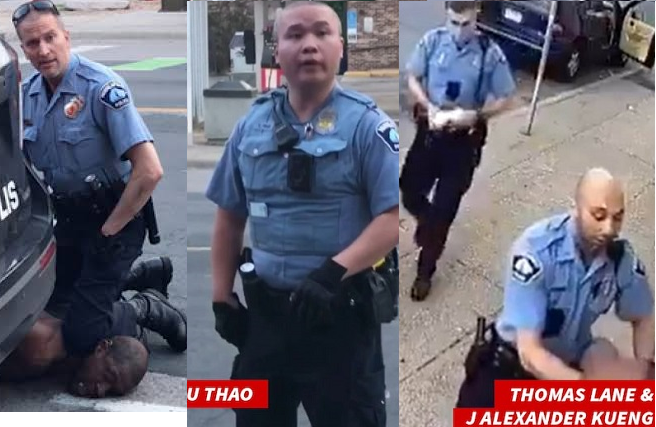 Minnesota Attorney General, Keith Ellison is increasing charges against former Minneapolis police officer Derek Chauvin to second-degree murder in George Floyd’s killing and also charging the other three officers involved in the incident following calls for their arrest.
[irp]
The three other ex-officers involved in the killing are Tou Thao, Thomas Lane, and J. Alexander Kueng.

US Senator, Amy Klobuchar made the announcement in a tweet.

Minnesota Attorney General Keith Ellison is increasing charges against Derek Chauvin to 2nd degree in George Floyd’s murder and also charging other 3 officers. This is another important step for justice.

50.9K people are talking about this

The official announcement is expected to be made soon, more than a week after Floyd was killed while in police custody in Minneapolis, sparking nationwide protests against police violence against black citizens.
[irp]
Derek Chauvin, who had his knee pressed into Floyd’s neck for nearly nine minutes, had previously been charged with third-degree murder and second-degree manslaughter. His colleagues, Thomas Lane and J.A. Keung, who helped restrain Floyd, and the fourth officer, Tou Thao, who stood near them, were not initially charged.

In an additional video which was captured from the other side of the Minneapolis police vehicle where the arrest occurred, Chauvin and two other white officers were filmed kneeling on Floyd while another stood beside them.
[irp]
An independent autopsy ordered by George Floyd’s family revealed that he was murdered by Minneapolis cop Derek Chauvin after knee on his neck ’caused asphyxia that led to lack of blood flow to the brain.’