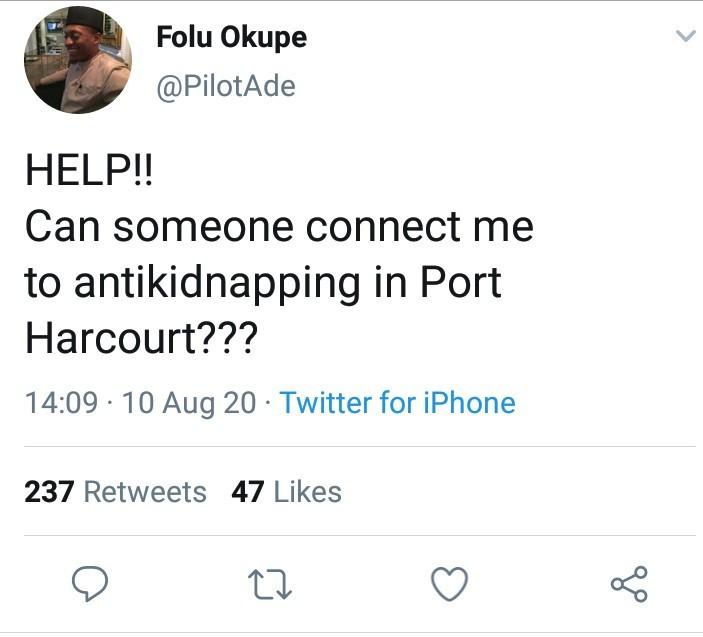 An employer took to Twitter to cry for help after he spoke with his technician who was abducted today in Port Harcourt.

Folu Okupe explained that the technician, who works for his company, went to Port Harcourt and was kidnapped there. The abductors called and allowed him to speak with the technician who told him that 4 people have already been killed in his presence.

The employer added that the abductors gave him till 2pm to produce the ransom of 5 million Naira otherwise his technician will be killed and his body parts sold.

The hostage’s phone is now switched off and the kidnappers and their victims are unreachable.

Fola called on anti-kidnapping operatives in Port Harcourt for help.

Read his tweets below. 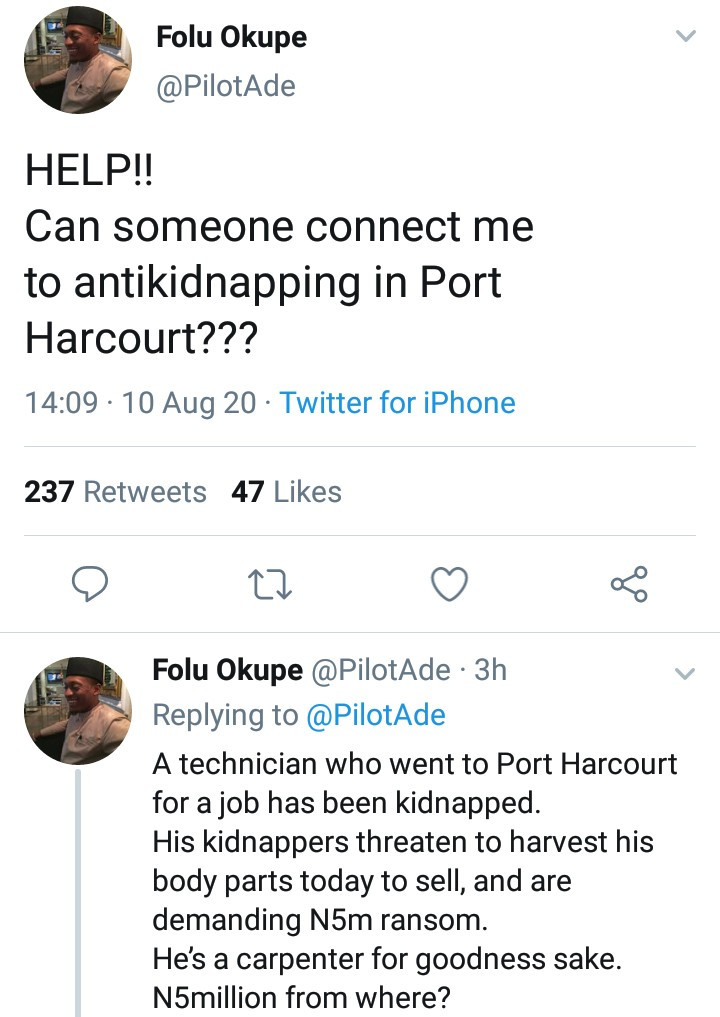 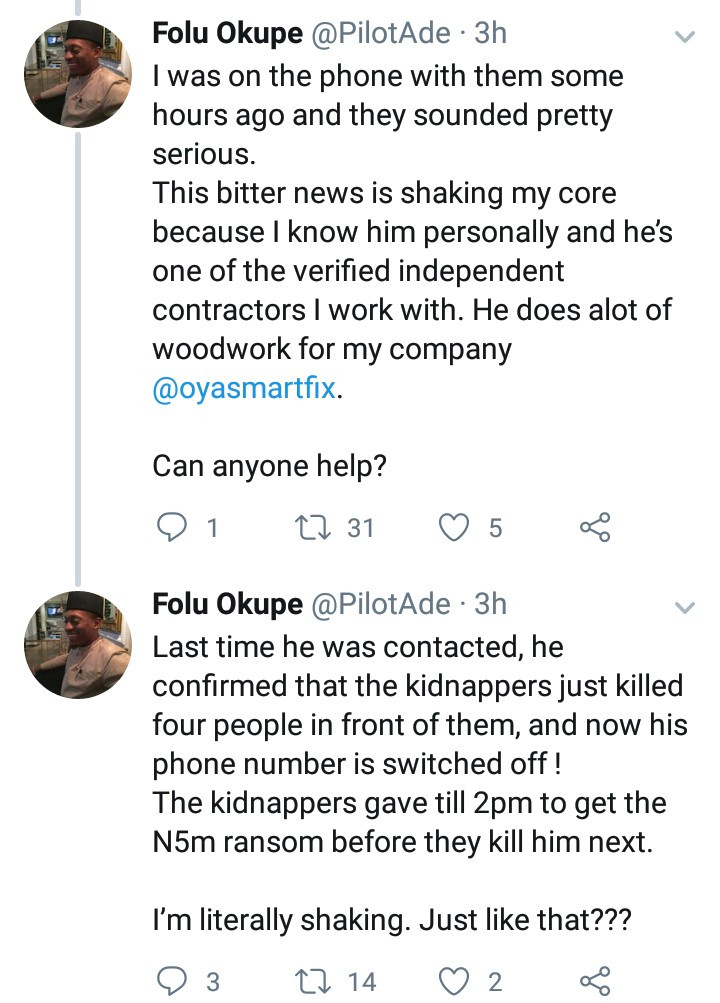 Covid-19 is proving exceptionally difficult to stop,” -WHO