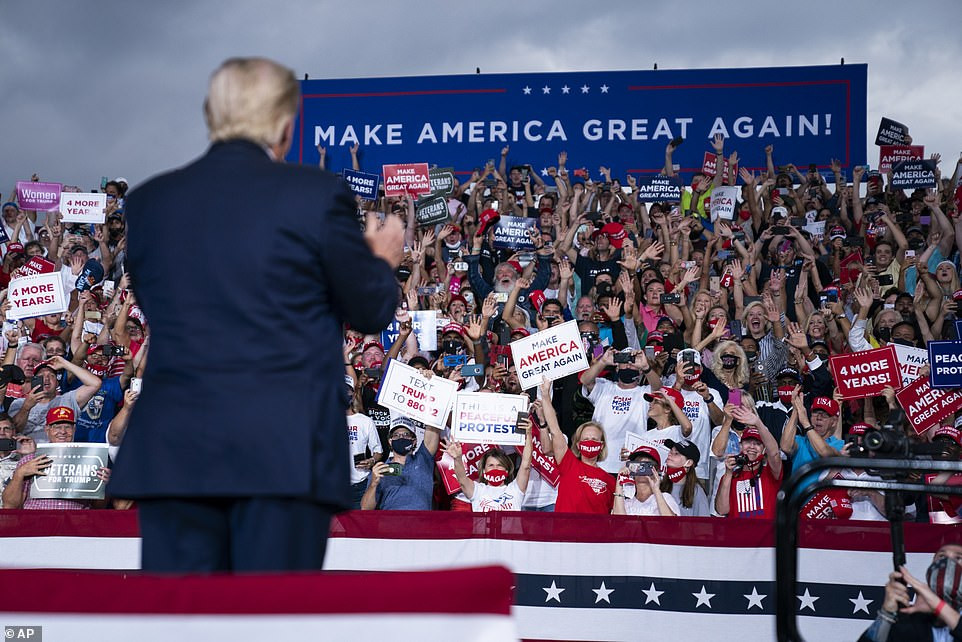 US President, Donald Trump, was back at the campaign trail on Tuesday night, September 8 in North Carolina as he prepares for the November 2020 election.

During the rally which had thousands of supporters packed into bleachers erected near an airport runway, there was very little social distancing among the crowd and few people used masks despite the US Coronavirus death toll approaching a record 200,000. 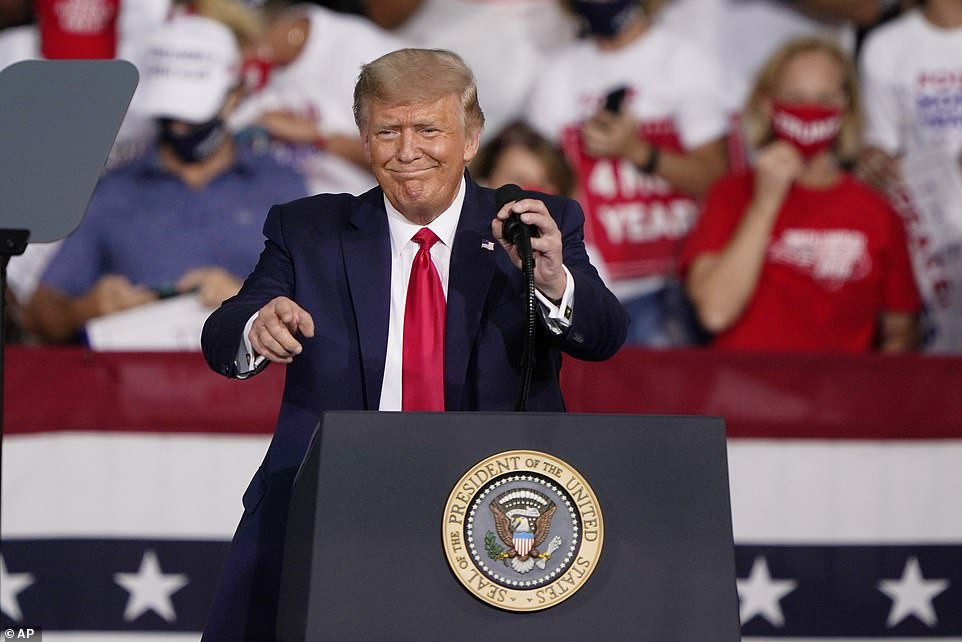 Trump himself did not wear a mask during his speech in Winston-Salem, and appeared to be enjoying himself at the open-air rally, telling the crowd: ‘This is better than a stadium!’

David Plyler, the Republican chairman of the Forsyth County Board of Commissioners, hours before the rally called on Trump to set an example by wearing a mask at the rally. 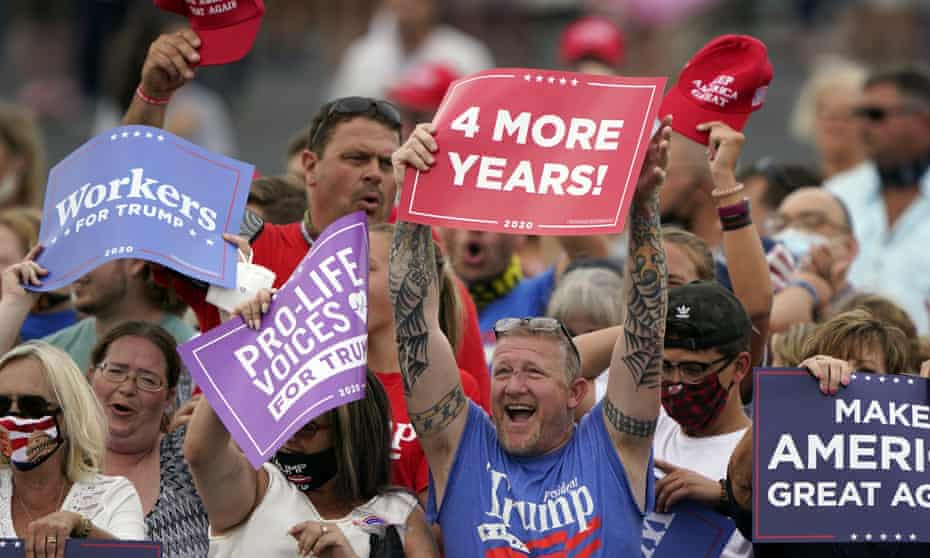 “You know what would be neat? If before he got off the plane, if he gave everybody a box of Make America Great Again masks,” Plyler told CNN, noting that he couldn’t attend the rally because he had a surgery scheduled for Tuesday.

See more photos from the rally below. 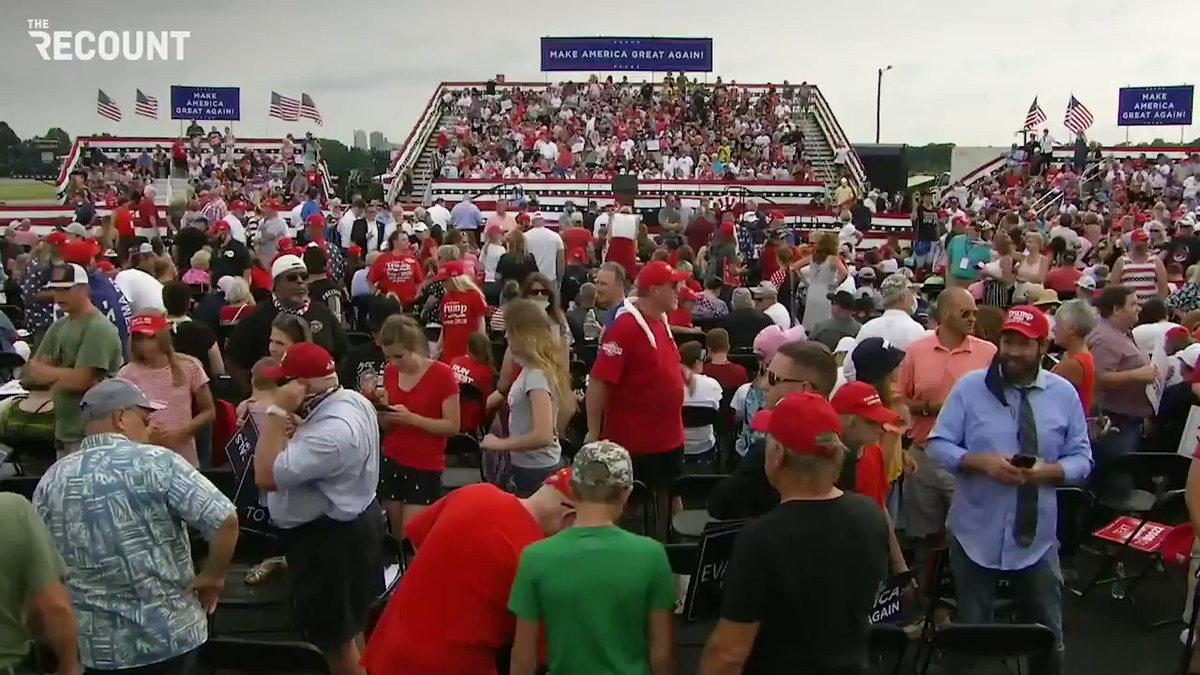 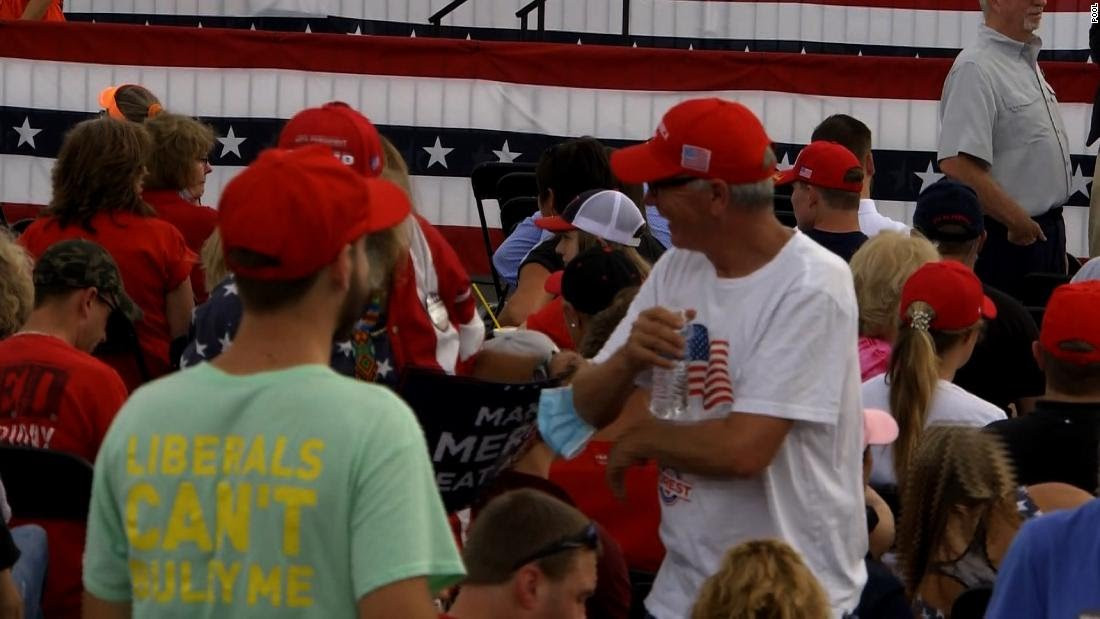 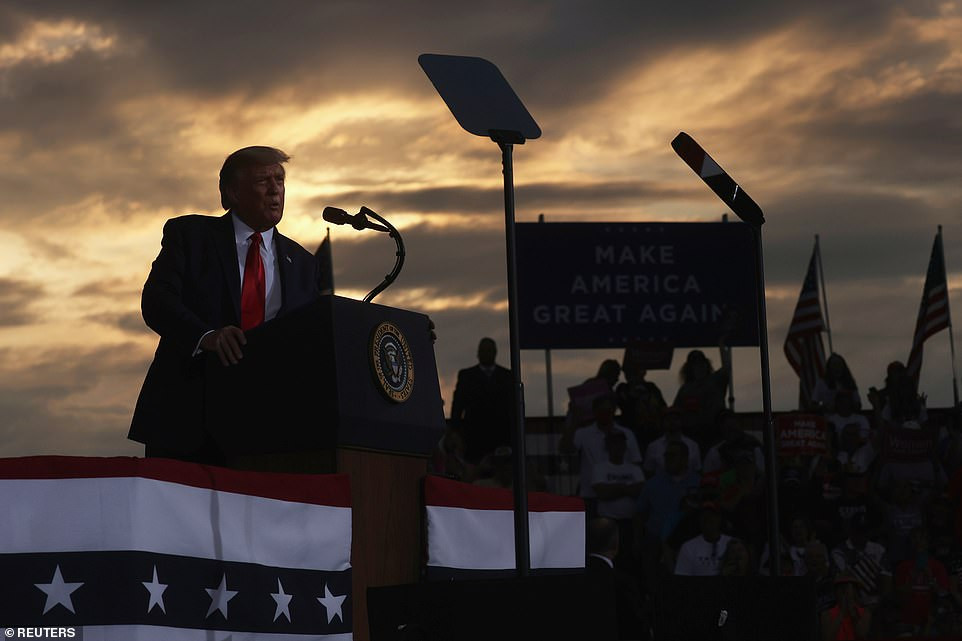 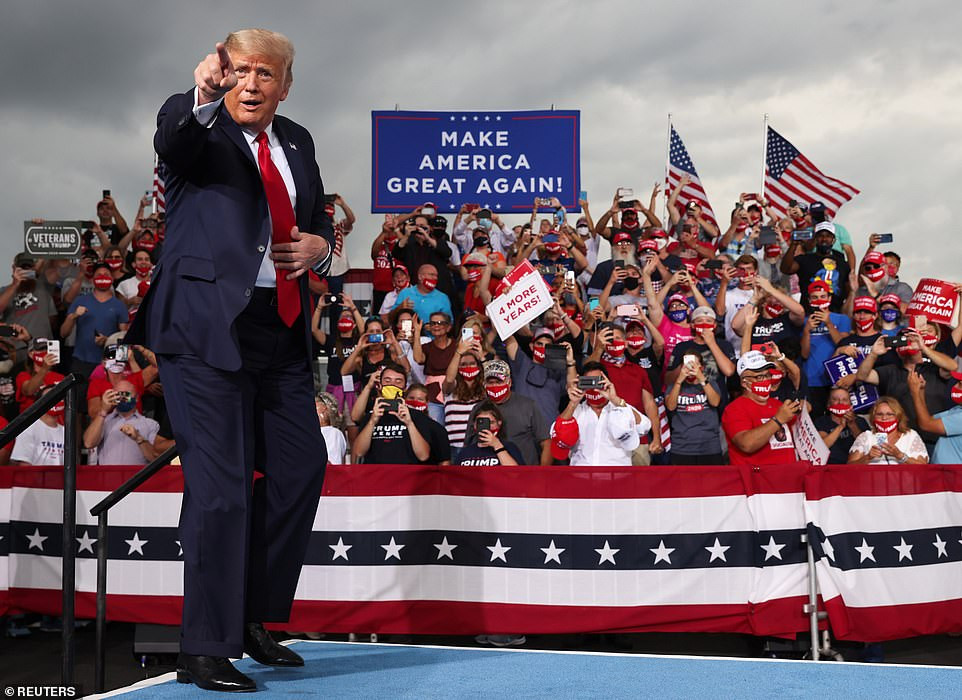 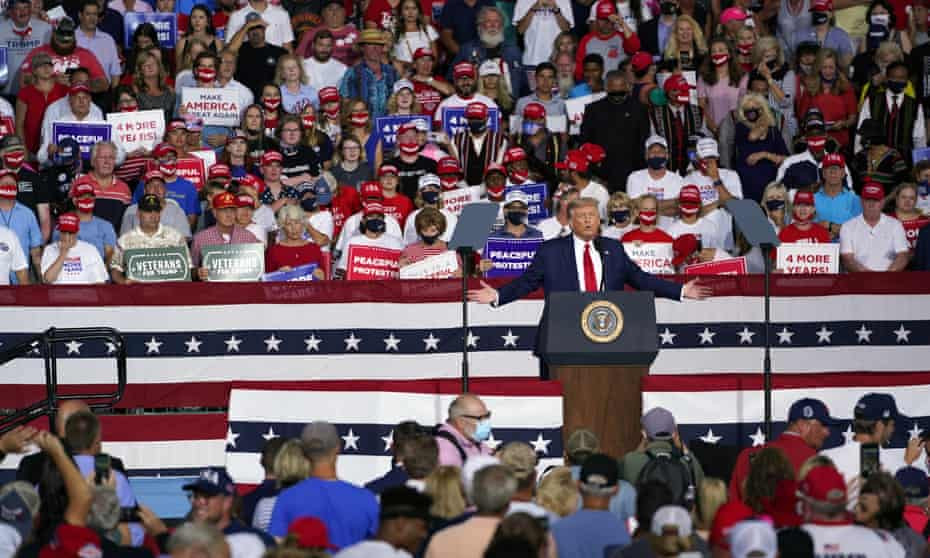