Abba Kyari, the late Chief of Staff to President Muhammadu Buhari is dead and buried, however, a research into the data provided by the Nigeria Center for Disease Control NCDC has created confusion on when he actually died.
According to the Presidency, the late Abba Kyari died on Friday, April 17, 2020.
Kyari died at 67 following complications from COVID-19, the disease caused by the coronavirus.
However, a research carried out by  Firstreportsonline opined that Abba Kyari might not have died on Friday, April 17.

Going with the data from the Nigeria Centre for Disease Control (NCDC), there appears to be a mix-up on the actual date he passed away.
The Lagos State Commissioner for health, Professor Akin Abayomi, on Saturday, stated that Kyari, until his demise, was receiving treatment at First Cardiology Consultants, a private hospital located in Ikoyi, Premium Times reports.
And this was also confirmed in an earlier statement from President Buhari’s aide, Bashir Ahmad, who tweeted that Kyari was in Lagos receiving care.

Though I really don’t know who this Lola is, but someone close to her should pls tell her to leave Abba Kyari to recuperate in peace, he’s in Lagos & responding well to treatment. If it’s caring she should also use the same energy to ask the whereabouts of other #COVID19 patients

647 people are talking about this

On Saturday, in announcing the daily Lagos COVID-19 reports for Friday, April 17, the health commissioner said 32 COVID-19 cases were confirmed in the state on April 17, with three deaths.

Total number of confirmed cases in Lagos now stands at 286. 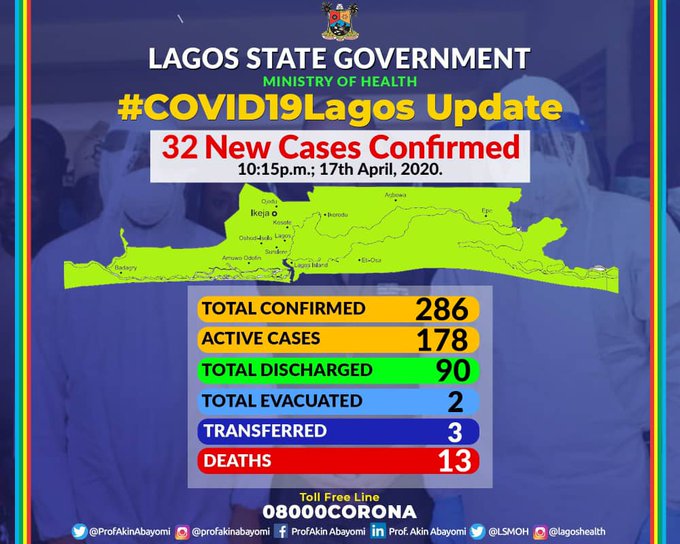 108 people are talking about this

Professor Abayomi mentioned the three deaths to include two males and a female. “The deceased are 2 males and 1 female aged 52, 63 and 67. Two of the dead had underlying health issues,” he tweeted. 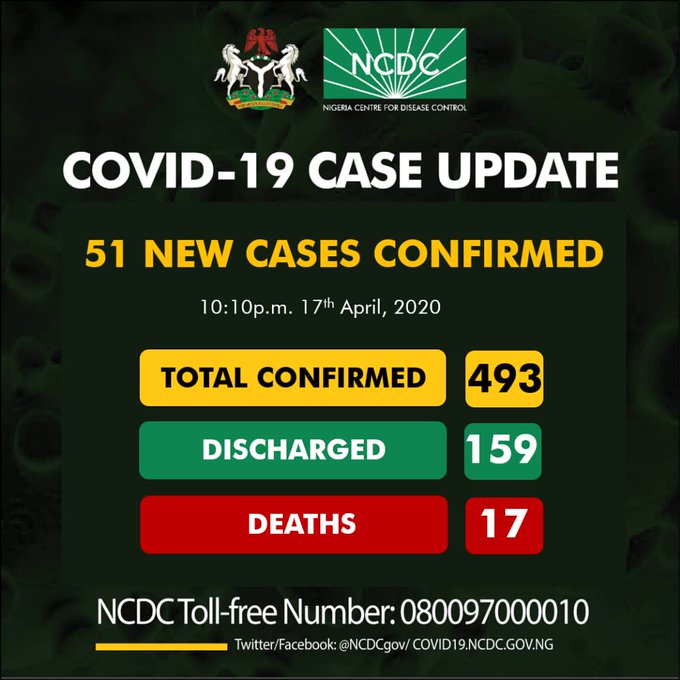 12.6K people are talking about this

The health commissioner added: “The 2 males had no travel history or record of contact with any infected person” – meaning they caught the coronavirus here in Nigeria.
Now, two things suggest Abba Kyari may not have died on April 17. First is the age, and the second is the travel history.

The age of the COVID-19 patients that died on April 17 are 52, 63 and 67.
Let’s analyse what the Lagos COVID-19 data say.
“The deceased are 2 males and 1 female aged 52, 63 and 67.”
Although the text did not use the word “respectively,” looking at the arrangement, one could deduce that the two males were 52, 63.
Abba Kyari is a male, and died at 67. He doesn’t fit into the description of males that died on April 17 in Lagos.
Now, let’s assume the text mixed up the ages, and did not follow the pattern ‘two males, and one female’, and that we cannot deduce which age belongs to which.
The NCDC said the two males that died on April 17 had no travel history. But Abba Kyari had a well-documented travel history. So, he doesn’t fit in that description using travel history. NCDC said, “The 2 males had no travel history or record of contact with any infected person.”
So, this doesn’t seem to be in line with the fact that Kyari contracted the coronavirus while on an official trip to Germany and Egypt.
Okay, let’s assume the late Chief of Staff died very late on April 17, say 11:55 pm and could not be captured in the April 17 data before it was published.

The total number of confirmed #COVID19 cases in Lagos is now 309.

4 #COVID19 patients were discharged as at 18th of April bringing the total discharged cases to 94.@jidesanwoolu 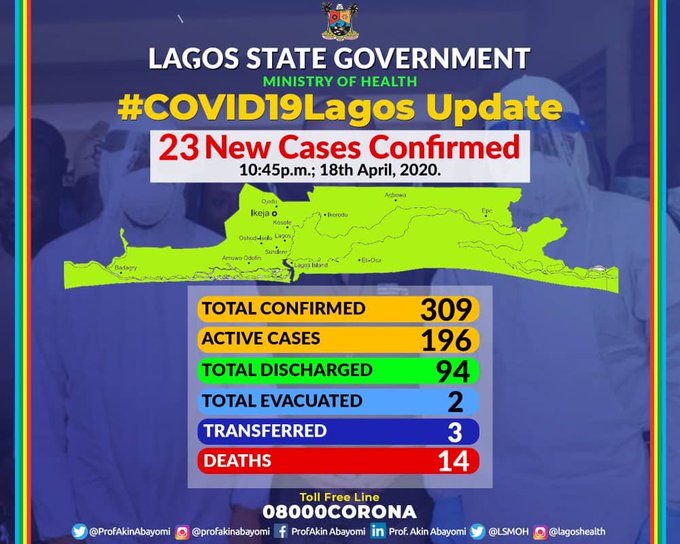 The deceased is a female, aged 83 with underlying health issues.
Let’s observe #SocialDistancing and #StayHome to stop the transmission of #COVID19 infection #ForAGreaterLagos

27 people are talking about this

However, according to Lagos State Commissioner of Health, the next person that died of COVID-19 in Lagos was a female, aged 83. Abba Kyari still does not fit in the description because he is a male and 67 years old.
Or, perhaps the case of his death was recorded earlier or maybe in another state or not even captured at all.

BREAKING!!! Two Homosexuals Caught Red-handed In Imo State, One is a Police officer 👮