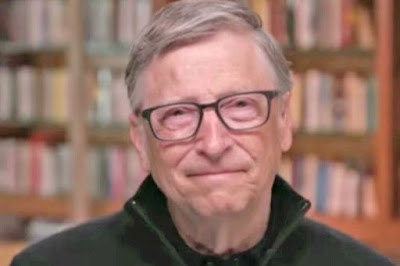 Billionaire Bill Gates says life may not return to normal for 18 months following the coronavirus pandemic.
The Microsoft founder said the crisis is “unprecedented” and is proving “very tough” – but a vaccine will bring the ordeal to an end.
He added that governments could fast-track a vaccine faster, but this could be risky, and developers would likely be promised they wouldn’t be sued if things go wrong, Daily Star reports.
He described a vaccine as “the most urgent tool that has ever been needed”.

He told BBC Breakfast: “We want to get back to the life we had before coronavirus.
“People are seeing the economic destruction, the psychological stress – this is such an unprecedented, very tough thing to deal with.
[irp]
“The people like myself and Tony Faucci (director of the National Institute of Allergy and Infectious Diseases) are saying 18 months.
“If everything went perfectly, we can do slightly better than that, but there will be a trade-off. We will have less safety testing than we would typically have and so governments will have to decide if will they indemnify the companies and say, ‘let’s go out with this’ when we just don’t have the time to do what we normally do. 18 months is what we would expect.’”
Mr Gates said there was “very little preparation” ahead of the pandemic, which has seen nations across the globe go into lockdown to prevent it spreading.
And he said the world would look back and wish it had responded faster to the crisis when Covid-19 was first detected.
He stated: “We will definitely look back and wish we had invested more so that we could quickly have all the diagnostics, drugs and vaccines….
“Then there is the period that the virus showed up – what were the tests prepared?
“Did the countries think through getting their ICU and ventilator capacity up? There’ll be time for those post-mortems..
“Very few countries are going to get an A grade for what that scrambling looked like.”
[irp]
He said lack of investment meant it was taking “much longer” to get a vaccine ready – as this could have been done in less than a year with proper preparation.
But Mr Gates continued: “I do think now, because this has been so dramatic, that we weren’t ready for this pandemic, but I do think we will be ready for the next pandemic using the new t

Lesbian says she has been having s.e.x with her male roommate while on lockdown