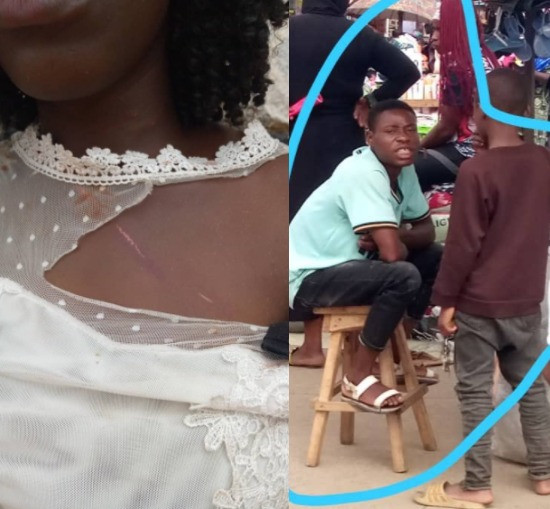 Activist, Oluyemi Fasipe, is demanding for justice for a married woman who was physically assaulted by a man at the Olukayode shopping complex in Akure, Ondo state on Monday, September 7.

According to Fasipe, the woman was in the shopping complex when the man whose photo he shared on his Twitter handle, touched the woman’s behind. Fasipe alleged that the man attacked the woman, tore her top, and inflicted injury on her after she reacted to his inappropriate action.

According to him, the woman filed a complaint at the A-Division police station. The man was arrested but was later released despite the fact the woman insisted on pressing charges…

”The guy in this picture beat up a married woman and tore her cloth yesterday around olukayode shopping complex, Akure simply because she reacted after the guy touched her buttocks. She complained at A-Divison, the guy was arrested and the @PoliceNG released him immediately.

I just spoke with the victim, and I have informed Ondo State @PoliceNG PPRO. The DPO of A-Division will have to explain to the public why he released the guy despite the fact that the lady said she was pressing charges.” his tweets read 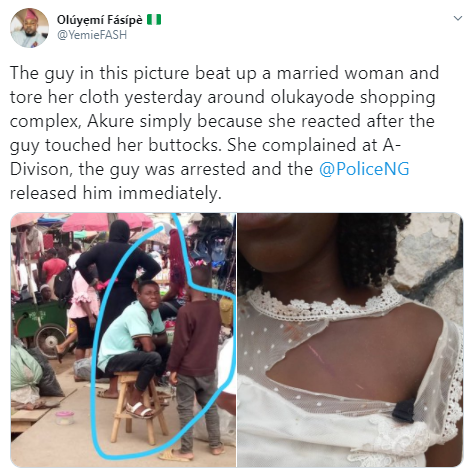