A Nigerian man on Twitter, @Wizebaba has sparked debate on Twitter after stating that Nigerian girls in serious relationships will cheat on their boyfriends for N500k.

He wrote in his tweet; “90% of Nigerian girls in a serious relationship will have sex with another guy for N500k.”

While some agreed with his tweet, several others hit back at him, saying that 99% of Nigerian guys in serious relationships will cheat on their girlfriends for absolutely nothing. 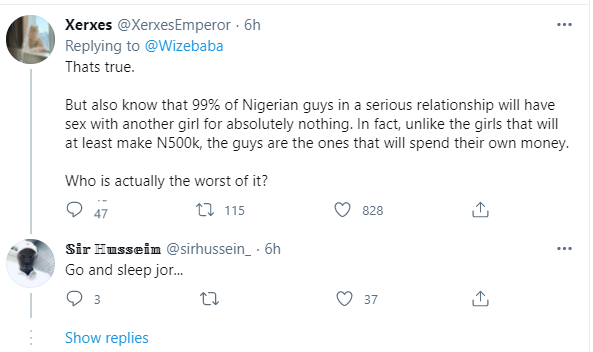 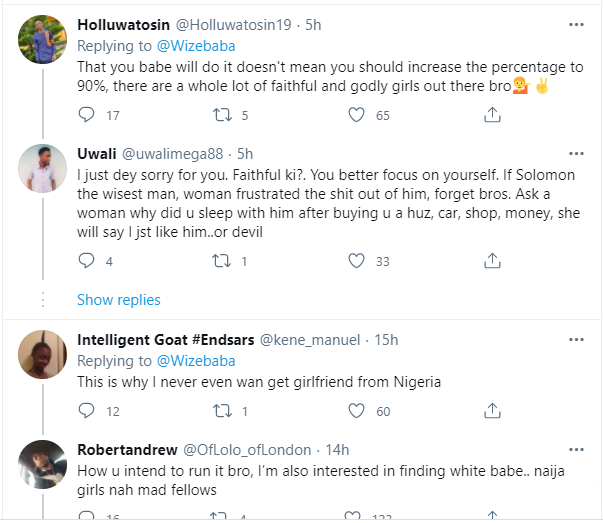 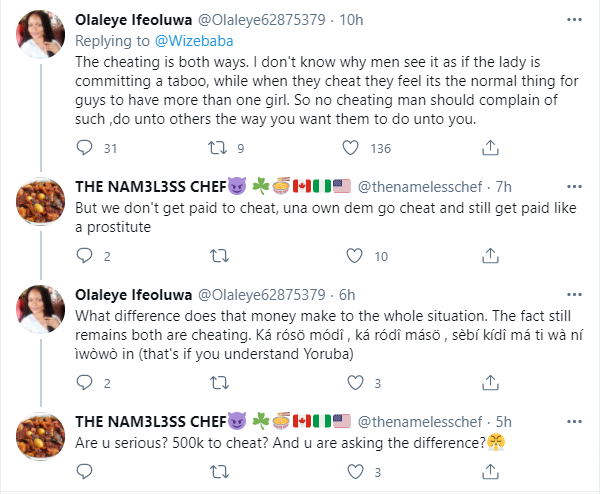 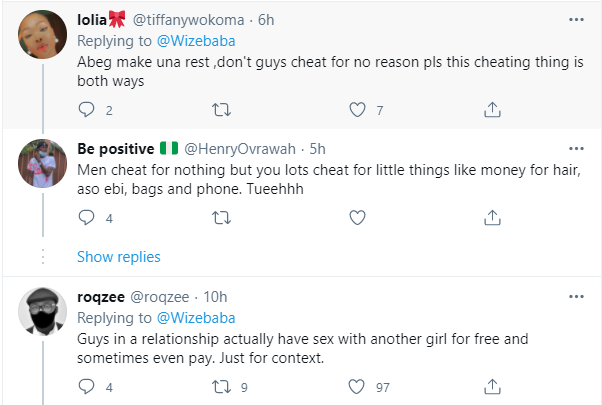 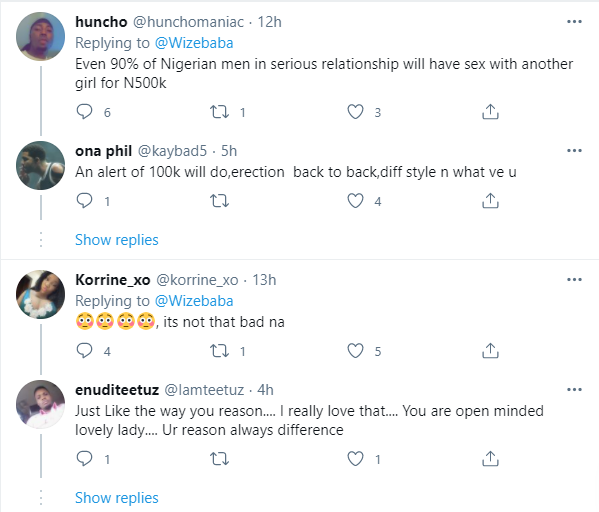 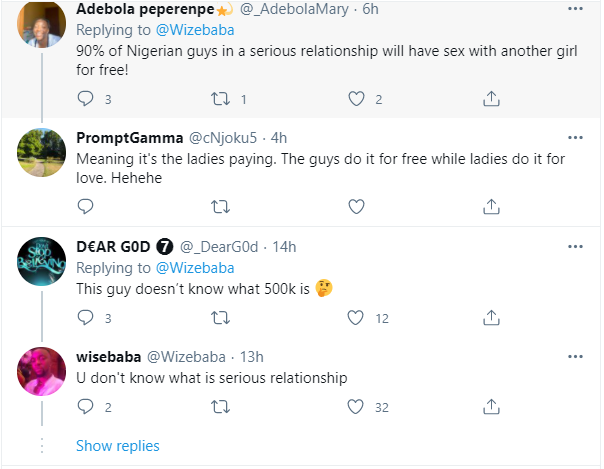 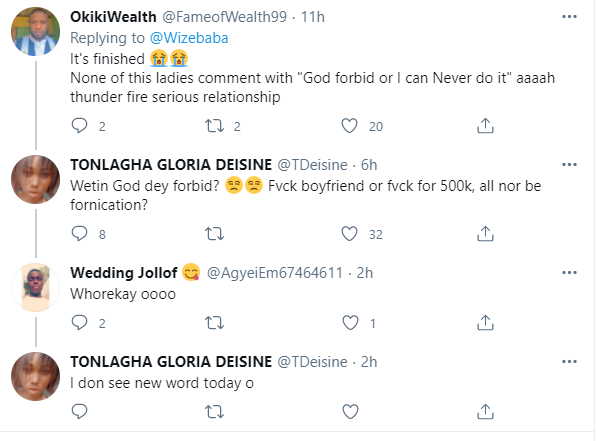 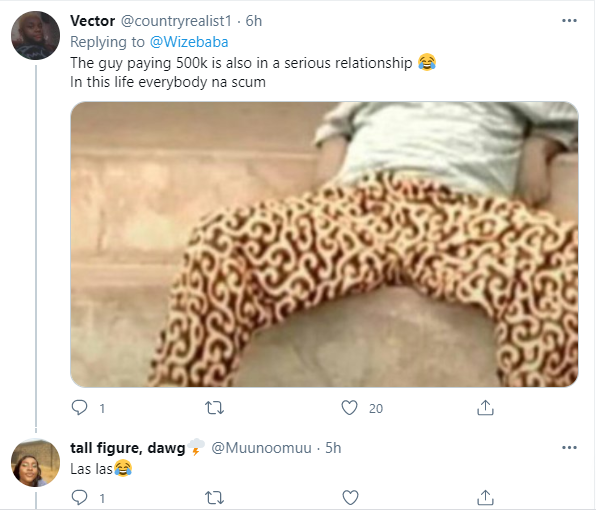